A Netflix Original for Every Mood

You’re settled into your new apartment, but that Friday night snowstorm hits and you know that going out isn’t an option. So a June Homes-provided Netflix and chill night it is! Don’t know what to watch? Well, we’ve got you covered with a list of Netflix Originals for all the feels.

If you’re in the mood for a rom-com, but can’t bear to watch How to Lose a Guy in Ten Days once more….

The return of the rom-com has come upon us, and honestly it’s been too long since we’ve seen the cheesiest of meet-cutes. The Netflix Original movie Set It Up checks all of our boxes for the perfect romantic comedy. Set in New York, the movie follows the story of two overworked assistants who devise a plan to set their bosses up and make them fall in love in order to distract them from work. Although this scheme works for a bit, the two main characters end up spending a lot of time together and….well you might be able to guess what happens from here. This traditional rom-com gets two thumbs up from us!

Beyond all the controversy and lawsuits pertaining to this documentary (blah, blah, blah), FYRE is flat out fun and thrilling entertainment. For those of you who aren’t in the loop, FYRE was a failed luxury music festival that was supposed to take place in the Bahamas in 2017, but has now become known as “the greatest party that never happened.” The documentary gives all the juicy details behind the catastrophic event, including attendees showing up to a basically deserted island with tents and packaged sandwiches to the promotion of the event from models such as Kendall Jenner and Bella Hadid. And that’s just the start to this rollercoaster of a true story.

Jennifer Aniston slays yet another role in this heartwarming flick. But the real star here is the character of Willowdean, played by Danielle MacDonald. The coming-of-age movie follows the story of a plus-sized teenager who decides to follow in her pageant mother’s footsteps and sign up for a pageant as a sort of protest against the body standards for the competitions. This film is definitely fun-loving, yet inspiring and just FYI, if you love Dolly Parton, be sure to check it out!

If you’re in the mood for a thrilling binge-watch…

So if Gossip Girl and Pretty Little Liars had an R-rated baby, You would be it. This suspense-filled series hits close to home by tying in the stalking possibilities of social media into the plot. The show is portrayed through the eyes of its lead character Joe, who uses his Internet-savvy skills to try and make his dream girl Beck fall in love with him. But as the show progresses, you might be asking yourself, “Why am I rooting for the killer?” You’ll just have to watch the first season to find out!

If you’re in the mood for food…

A word of advice for this one: do not watch this on an empty stomach! Even though this Netflix Original only has one season consisting of four episodes, it’s definitely a watch you won’t want to miss. Based on the cookbook by New York Times Bestselling author and chef Samin Nosrat, each episode of this series focuses on one of the four essential elements to the perfect dish: Salt, Fat, Acid, and Heat. In this docuseries, the chef travels around the globe and shows us how these kitchen essentials are used in the restaurant and at home by both professionals and amateurs. Please hold as we plan our next vacay.

Top Tips For Organizing Your Apartment 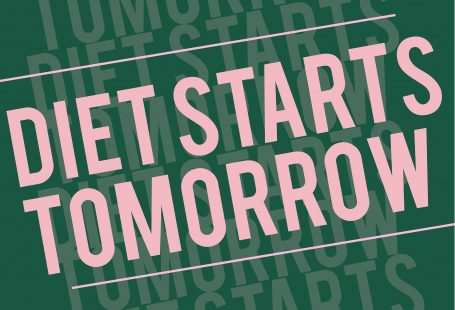 Our Favorite Podcasts for 2019

5 Anti-Valentine’s Day Things to do This Year